Web 3.0, the following stage in the development of the web and the internet, has the potential to be just as disruptive and to usher in a significant paradigm shift as Web 2.0 did. The fundamental ideas of decentralization, openness, and increased consumer usefulness form the foundation of Web 3.0.

As listed below, Berners-Lee had elaborated on some of these fundamental ideas in the 1990s:

Berners-Lee covered the idea of what he called the Semantic Web in a paper from 2001. There is no reliable method for computers to process language semantics (i.e., figure out the actual context in which a word or phrase is used). The goal of Berners-vision Lee's for the Semantic Web was to give websites' meaningful content a structure and make it possible for software to do complex tasks for people.

The Semantic Web as it was originally imagined by Berners-Lee in 2001 has significantly evolved with the advent of Web 3.0. This is partially due to the fact that Web 2.0 has advanced much over the previous 20 years and that doing so would be extremely expensive and monumentally difficult given all the numerous subtleties and variances in human language.

What is the Definition of Blockchain Technology?

Through the use of a decentralized network and cryptographic hashing, blockchain, also known as distributed ledger technology (DLT), makes the history of any digital asset transparent and unalterable.

It's easy to understand how blockchain technology works by making the comparison to a Google Docs page. A Google Doc is not duplicated or transferred when it is shared with a group of people; rather, it is simply distributed. As a result, a decentralized distribution network is established, allowing everyone to simultaneously access the basic document. All revisions to the document are being logged in real-time, making changes totally transparent, and no one is locked out while waiting for changes from another party. The fact that original information and data on the blockchain cannot be edited after being written, increasing its level of security, represents a crucial gap to be aware of.

Of course, blockchain is more complex than a Google Doc, but the comparison is useful since it highlights key blockchain concepts.

A unique digital asset called an NFT uses blockchain technology to enable digital ownership. NFTs are non-fungible, which means they cannot be duplicated, falsified, or precisely compared to another NFT.

The main use cases for NFTs right now include collecting, gaming, and digital art ownership. But Matthew also presents fresh and up-to-date ways to tokenize tangible things like art and real estate using NFTs. In other words, the practical utility of NFTs is growing.

Peer-to-peer or "smart" contracts and decentralized apps are both made possible by Ethereum, one of many decentralized, open-source blockchain technologies and software platforms.

Matthew Barlett, Head of NFT Community and Web3, describes Ethereum Gas, the charge necessary to successfully complete a transaction on the Ethereum blockchain, in this "Crypto Clarified" video. These charges might differ between transactions and are determined by the rules of supply and demand.

Fungible in Non-Fungible Token (NFT): What Does It Mean?

Each NFT is unique and points to a particular entry on a blockchain. An NFT's uniqueness, which is a crucial aspect of its practical utility, is what renders it "non fungible."

A fungible item, on the other hand, can be changed out for a comparable one. Matthew compares a $10 cash to an airline ticket to illustrate the differences. A ten dollar bill is fungible if another ten dollar bill or other five dollar and one dollar bill combinations can be used to duplicate it. If someone tries to steal your seat, you can easily prove ownership of that seat using your ticket if you are using an airline ticket, which contains a specific confirmation code, date, time, and seat number. 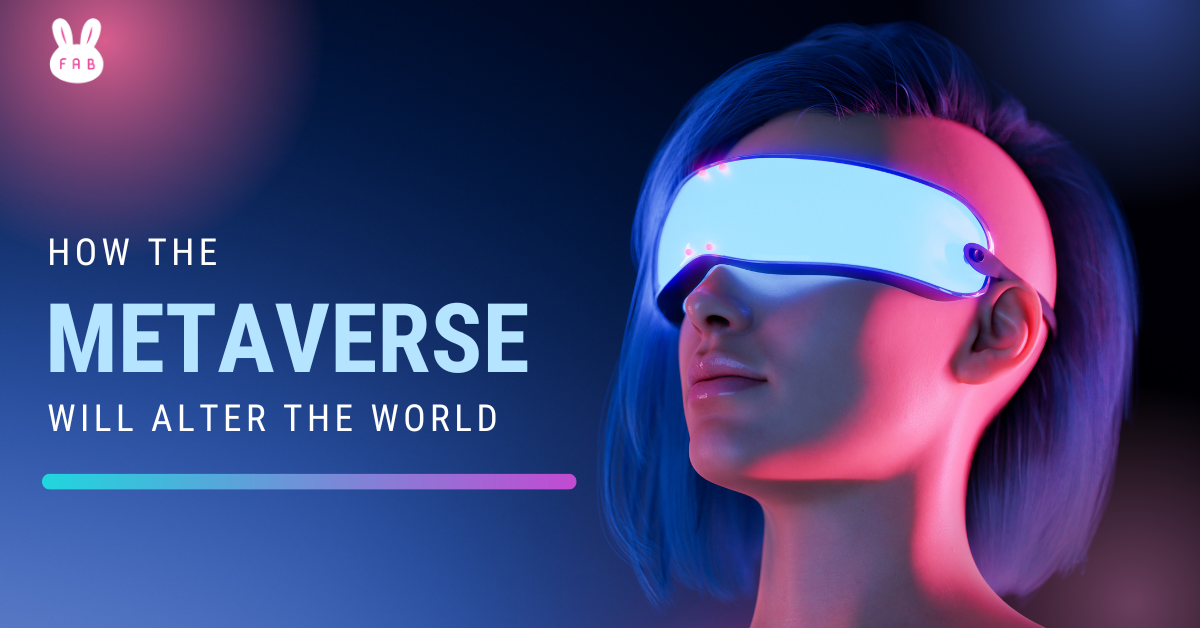 How The Metaverse Will Alter The World

This article examines how the metaverse will alter our environment, including novel approaches to collaboration and work, improved client interactions, and more effective resource utilization. 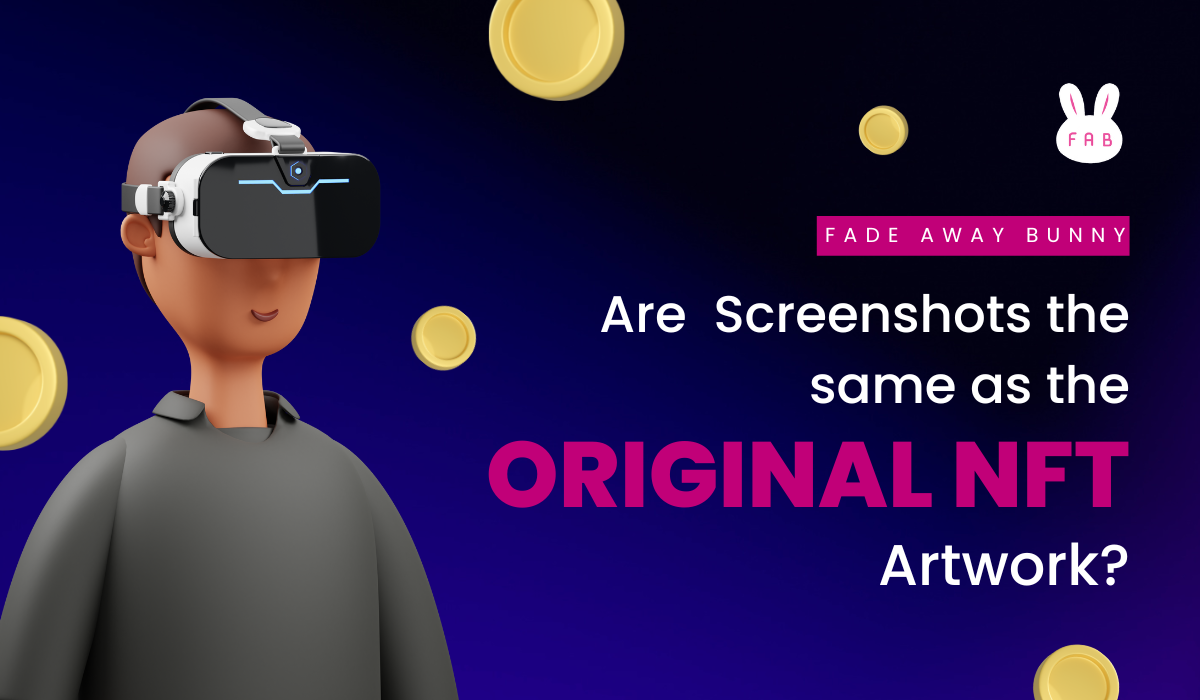 Non-fungible tokens (NFTs) have gained popularity across a wide range of industries, including gaming, sports, and the arts. Due to the influx of new players into the market, some non-technical individuals can mistakenly think that a screenshot of an NFT is the same as the original. 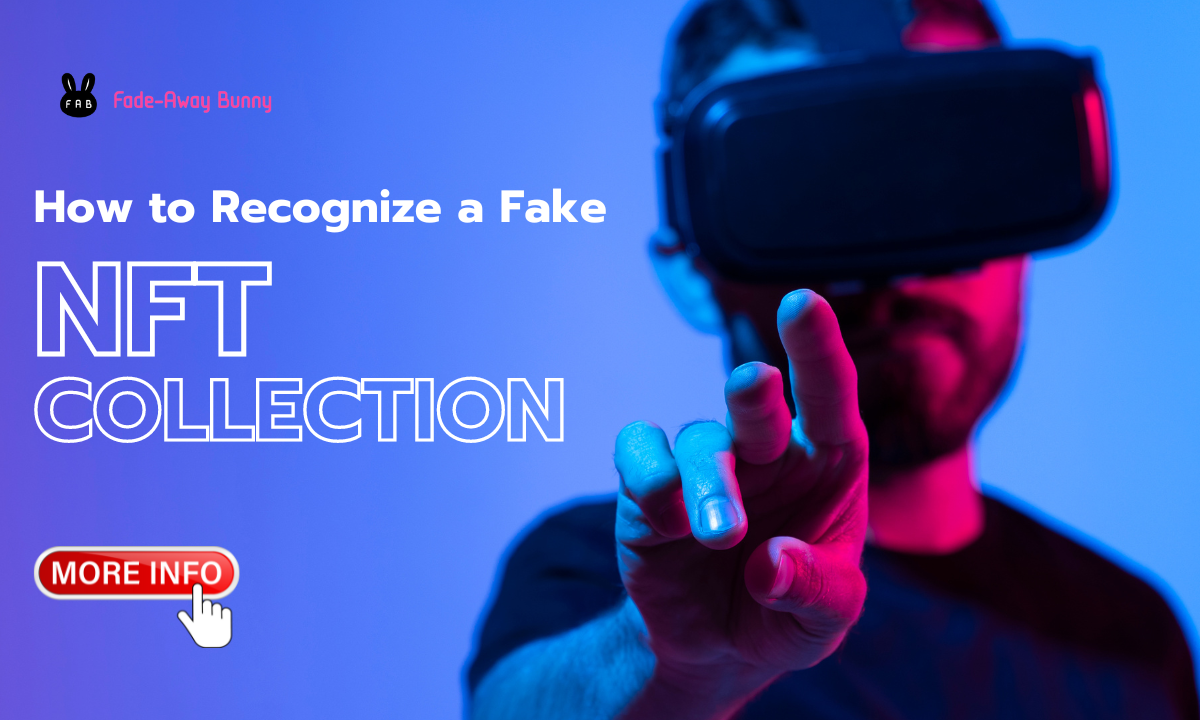 How to Recognize a Fake NFT Collection

The legitimacy of NFT collections has become a hot topic as the popularity of NFTs has grown. How can a phony NFT be identified? What exactly is a bogus NFT? Before spending money on a digital collectible, you should learn how to verify an NFT's legitimacy.

JOIN THE CLUB
Become part of the Fade Away Bunny Club, join our discord to take the first step of your journey with us!
JOIN DISCORD NOW
content by